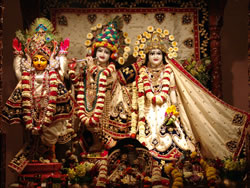 Calcutta, or Kolkata as it is now called, is seen as the land of the intellectuals. Communist in ideology and very politically aware, Kolkata was the capital of British India before Delhi assumed this position.

Kolkata developed from a fishermen village to become one of the largest cities in the world. The city symbolizes creativity and vibrance with all the modern amenities available. Kolkata has adapted to the modern trends and techniques of the world but has not shed the leisurely life style and the calm of its hey days.

Kolkata has the country's first Metro railway and some of its buildings are more than a hundred years old. While Kolkata is a city of enduring charm, it is also a city that evokes extreme emotions. So be ready to give in to it or hate it completely.

A city with strong cultural, literary and religious flavours, Kolkata acts as the gateway to the North-East.

Climate : Kolkata is located at a point where the river Hooghly merges into the sea. In fact, the whole region is part the great Gangetic delta. The climate of Kolkata is largely influenced by the sea. The daily tidal waves and frequent rains accompanied by high velocity winds, has now become a part of life in the city. Kolkata has a very tropical climate with the summers being hot and humid. The temperature seldom crosses the 43-degree barrier and in winter, rarely goes below 8 degrees. Monsoons are timely and heavy. Winters are the best time to visit.

Best times to visit : Between September and March.

Places of Interest in Kolkata 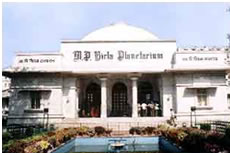 Fort William is sometimes called the citadel of Kolkata. With the permission of the Nawab of Bengal, this fort was built between 1696 and 1702 by the British East India Company and named after King William III of England. In 1756, the fort was taken by the Nawab of Bengal, Siraj-ud-Daulah. In 1757, the East India Company regained power and demolished this fort and began reconstructing it. The new fort was completed in 1773.

The garden was founded in 1787 by the East India Company and was formerly known as the Royal Botanical Garden. It is famous for its huge collection of bamboos, orchids, palms and the plants of screw pine genus. The garden spreads over 270 acres and more than 1700 plant species can be found here. The Central National Herbarium of the Botanical Survey of India is here and has 2,500,000 dried plants in its collection. A botanical's dream come true for sure.

Laid in 1876, extending over an area of 16 hectares, the zoological garden has a considerably large collection of animals. White tigers, reptiles and the Royal Bengal tigers are the special exhibits. During winter, birds from all over the world migrate here and are a special attraction during this time.

Named after the sister of Alexander, the Eden Gardens used to be covered by verdant trees and gardens. A major part of the garden gave way to the construction of one of the largest and beautiful stadiums of India- the Eden Gardens Cricket Stadium. Eden Gardens has seen history made and unmade. For more than a hundred years, the magic of Eden Gardens has held its sway over cricket and cricket lovers in the country.

It's a wonderfully entertaining place for children. Named after the first Prime Minister of India, Pandit Jawaharlal Nehru, it is located at Jawaharlal Nehru Road (formerly Chowringhee Road). The stories of the Ramayana and the Mahabharata have been depicted nicely with the help of animated dolls. Some science models are also on exhibition, a must see for the kids.

It one of three bridges on the river Hooghly and is the most famous landmark in all of West Bengal. This bridge is a marvel of British engineering. Howrah Bridge is suspended on pillars and never mind how old, it still stands as strong as ever.

One of the oldest museums in Kolkata, this is a must see for anyone who visits the city.

The oldest museum in India and one of the most comprehensive museums in Asia, the archaeology and numismatic sections contain the most valuable collections.

The largest mosque in Kolkata, which can accommodate 10,000 worshippers at a time, this wonder is built in the Indo-Saracenic style.

One of the most prominent churches in the city, it is located between Birla planetarium and Rabindra Sadan. Constructed by Bishop Willson in 1847, it is the first Episcopal Church of the East. The Indo-Gothic style of this church is really impressive.

Kali temple of Kalighat continues to attract a large volume of pilgrims, local, regional as well as from all over India. A truly impressive sight, this temple is best visited during the spirited Kali puja festivities.

It is the nearest sea-beach from Kolkata and is a six-hour bus journey. Very close to the Orissa border, Digha has been attracting a lot of tourists. The 7 kilometer long beach has every thing that a sea loving traveller could possibly need good surf and sand. Just 8 kms from Digha is the Chandaneshwar Siva Temple across the border in Orissa. Digha is 185 kms from Kolkata.

51 kms from the city is the old port of Kolkata. From here Hooghly turns south to merge into the sea and from here, one can take launches to Sagar island for the famous Ganga Sagar Fair.

Kolkata's new port is 96 kms south of the city. This place was developed as a port to avoid the silting problem in Diamond Harbour. Today the Haldia Refinery has added value to the place. There are regular bus services to both the ports from Kolkata.

Not much is left of the place, which was once the cantonment of the East India Company. 23 kms from the city, the place has acquired a historical significance. The gardens along the river bank are very nicely laid and are very charming. The Gandhi memorial attracts a large number of tourists. Barrackpore was one of the places which was transferred by the Danish settlement to the East India Company in 1845.

The French trading post was handed over to India along with Pondicherry in 1951. The French settled here in 1673 and made it their trade centre. But they lost this place to the British in a conflict. Today this place along the river Hooghly has some buildings of the French era and is now famous for the artisans who make clay figurines. Chandernagore is 39 kms from Kolkata.

43 kms from Kolkata is the site of a Portuguese church and monasteries that were built in 1599. They were destroyed in 1640 by Shah Jahan but were rebuilt.

Towards the South of Kolkata, rivers Ganga and Hooghly divide themselves into many distributaries and they form the famous Gangetic deltas. They provide the ideal environment for the Sundari trees to grow. Spread over an area of almost 10,000 sq kms, now shared between Bangladesh and India, the Sunderbans are home to many exquisite animals and birds.

One of the most important festivals here is the Durga Puja, a celebration of the victory of good over evil. During the puja lasting ten days with different rituals, the whole city is decorated like a bride. Kolkata looks like one big fair with shops lined up with everything imaginable and streets dotted with people. This is followed by the Kali puja and Diwali, the festival of lights.

This is the Bengali New Year that starts with the worship of Lord Ganesha.

Christmas and New Year celebrations are also observed with spirit as is Id-ul-Fitr.