Located about 55 km by road from Agra on the Jaipur highway, the town of Bharatpur is an eastern gateway to Rajasthan. The Bharatpur Palace houses a large number of exhibits dating back to the early 15th century. Bharatpur, however, is famous for its proximity to the Keoladeo Ghana National Park which has the largest concentration and variety of birdlife in Asia. This 29 sq km sanctuary is also the breeding ground for the rare Siberian Crane.

Places of Interest in Bharatpur 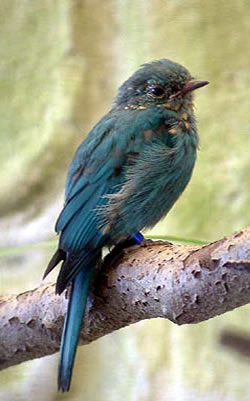 Just 176 kms from Delhi is a very special wilderness - the Keoladeo Ghana National Park, one of the finest water-bird sanctuaries in the world. The 28.73 sq km lake and wetland was artificially created by the Maharaja of Bharatpur in the 19th century. By building small dykes and dams and diverting water from an irrigation canal, he converted this low lying area into a fine wild fowl shooting preserve. In a few years, the new wetland surrounded by marginal forests was able to support thousands of water-birds.

Commonly referred to as Bharatpur, the Park is a delight for bird watchers. Over 300 species of birds are found here and raised paths, camouflaged by babul trees and undergrowth make viewing easy. A quiet ride by boat in the early hours of the morning is also an unforgettable experience. There are mixed heronries on the half submerged babul trees and the cacophony is unbelievable as painted storks, open bills, spoon bills, egrets, cormorants, white ibis and multitudes of others, tend their young. Jacanas with their iridescent colours and elegant tail feathers and purple moorhen can be seen delicately treading over the floating vegetation. While harriers and fishing eagles circle overhead in search of prey, the pied kingfisher hovers dramatically over the water in a flurry of wings. There are varieties of storks and cranes and the local sarus crane is elegant in a livery of grey and red.

Every year Bharatpur waits with bated breath for the arrival of the Siberian cranes. There are only two wintering places for this rare species one in Iran and other in Bharatpur. These beautiful birds with their distinctive red beaks and facial patches, fly over 6400 km from their summer retreats in Siberia.

The forest around the lake at Bharatpur harbours the sambar, chital, nilgai, jackal, hyena, fox, mongoose and porcupine. Occasionally, a fishing cat can be seen scooping its prey from waters edge. Pythons are also commonly seen sunning themselves along the edge of the paths or at Python point.